What I mean is that when a believer falls into error, it is not God who leaves or changes towards him or her, it is they who leave God. Sin is a path not just a deed. The Bible calls it the ways of death (Prov 14:12, 16:25). So every time you sin, you’ve taken a step away from God. This is the beginning of spiritual death (separation from God) 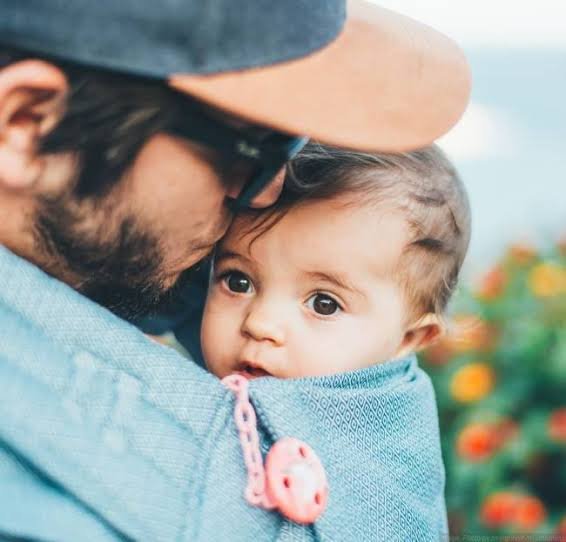 And I will pray the Father, and He will give you another Helper, that He may abide with you forever—

Yesterday, we saw from Heb. 13:5 where the Father gave us a sure word: I WILL NEVER LEAVE YOU…
Now this probably seems like a familiar thing we hear but which is quite distant in experience. But today I wish to show you from God’s Word what truly happens to you when you feel God has left you.

In the Old Covenant/Testament, the Holy Spirit wasn’t living in any person. Yes, He came UPON some like the king, priest and prophets. But He wasn’t IN any one. Reason was because they weren’t born again so they couldn’t carry eternal life (Zoe) in them. And the Holy Spirit is the expression or embodiment of the Eternal Life of God in us. He is the Spirit of life- Rom. 8:2

So, when you hear something like, “Then the Spirit of the Lord left him because of his sins/evil”, it’s easy to feel this is what God does. But this will contradict what His Word tells us. In a moment, I’ll show you scriptures to back what I’m saying. But let me make it clear now: God (the Spirit in you) never leaves His children. Believers have a blessing of God’s everlasting love always. Nothing can separate us from God’s love. And if He says He’ll never leave us, then we are sure He won’t.

But, what about that time when certain things start indicating that I’m now alone and on my own? Do you mean God follows me to error? That’s not what I mean. Far be it from me to agree that God supports lawlessness. Remember I said yesterday that no one who is a child of God truly will plan, practise and enjoy sin as a way of life. There is nothing like once saved forever saved. That’s a doctrine of the devil.

What I mean is that when a believer falls into error, it is not God who leaves or changes towards him or her, it is they who leave God. Sin is a path not just a deed. The Bible calls it the ways of death (Prov 14:12, 16:25). So every time you sin, you’ve taken a step away from God. This is the beginning of spiritual death (separation from God). Sin kills you inside before it kills you outside, how, by separating you from your Source, like a fish from water.

Now, when I step into sin, God makes all effort that He can to turn me back, the disturbances within me and the sorrow of my wrongs, etc. If I respond to these by turning back to God in confession of sin and repentance, trusting Him to forgive and establish me back where I missed it, I’ll have restoration. It’s just like the Prodigal Son in Luke 15. When He choose to go his own way, it was him leaving his father and not the other way round.

The child of God is meant to ABIDE in Christ. As long as he walks in the right way and continues in this, he is abiding. But the moment he chooses to walk after the flesh and sinfulness, he displaces himself. At such a time, I say again, it’s not God who left him but him who left God.

No wonder, we plead with men who fall short to be restored to God. He is still with them, on their side, but they’ve left Him and can no longer see Him because they’ve turned their backs to Him. Sin is behind the believer and Christ is in front. Light is ahead while the shadows are behind. And like Hellen Keller once said, Keep your eyes to the sunshine and you’ll never see the shadows.

Tonight, I admonish you to never feel God has left you. If in anyway you feel like that, check yourself. It is no longer a question of His consistency but of your placement. Don’t let sin displace you and tell you He has left. He hasn’t. He is always closer than you think. That’s why if you call on Him now, He will answer and forgive you as He has promised.

God doesn’t leave His children. He is closer than we know. It’s our sins that separate us from Him but nothing can separate Him from us. Hold this beloved.

To the believer who has left the Lord, tonight, I call on you to make the return. Your Father awaits you. Don’t die in your error. He didn’t leave. He is faithful always even when we aren’t.

And to the believer who just feels alone. We aren’t called to feeling but to faith. Your feelings didn’t save you, faith did. Believe that He is with you whether you feel it or not. He will never leave you nor forsake you.

Call His name now.
Hallelujah to the most Faithful God and our Father.

I John 3:24
Now he who keeps His commandments abides in Him, and He in him. And by this we know that He abides in us, by the Spirit whom He has given us.

John 15:4-6
Abide in Me, and I in you. As the branch cannot bear fruit of itself, unless it abides in the vine, neither can you, unless you abide in Me. I am the vine, you are the branches. He who abides in Me, and I in him, bears much fruit; for without Me you can do nothing. If anyone does not abide in Me, he is cast out as a branch and is withered; and they gather them and throw them into the fire, and they are burned.